The Habsburgs are a ruling family from the House of Habsburg, or Habsburg-Lorraine. They once ruled over areas of what are now Hungary, the Czech Republic, Slovakia, Croatia and Romania. It’s really just a small selection. The Habsburg Empire was large and its inhabitants often disagreed. But when it came to the pancake, everyone agreed: they always liked it, whether plain or with a sweet topping.

I agree with him. Josip, a friend of my family, came from Yugoslavia and often made pancakes for our children. I was allowed to help and was very proud. I put flour, eggs, milk and salt in a bowl, stirred and listened to Josip’s stories. According to his stories, the ancient Romans already knew pancakes. Instead of milk, however, they used water. And the pancakes were available at any time of the year, but preferably for breakfast. This places them in these ranks:

As a rule, pancakes are usually eaten sweet. They are spread with jam, marmalade or a fruit spread. Many years later, when my squeaky young nephews visited me, there was even chocolate or neutrome. It was a monster mess because the pancake was either folded or rolled up. But the boys were happy. This is the most important thing.

However, the most important thing when preparing pancakes is that they are very thin. Josip always held them and proudly showed them that you could almost see through them. I was of course surprised at how thin they were. But I also secretly wondered why he never, really never burns his fingers. To this day I can’t do it. But I can handle the rest.

By the way, do you already know our cooking school? We constantly tell you tips and tricks about cooking. Or do you know why a marmalade is not a jam? 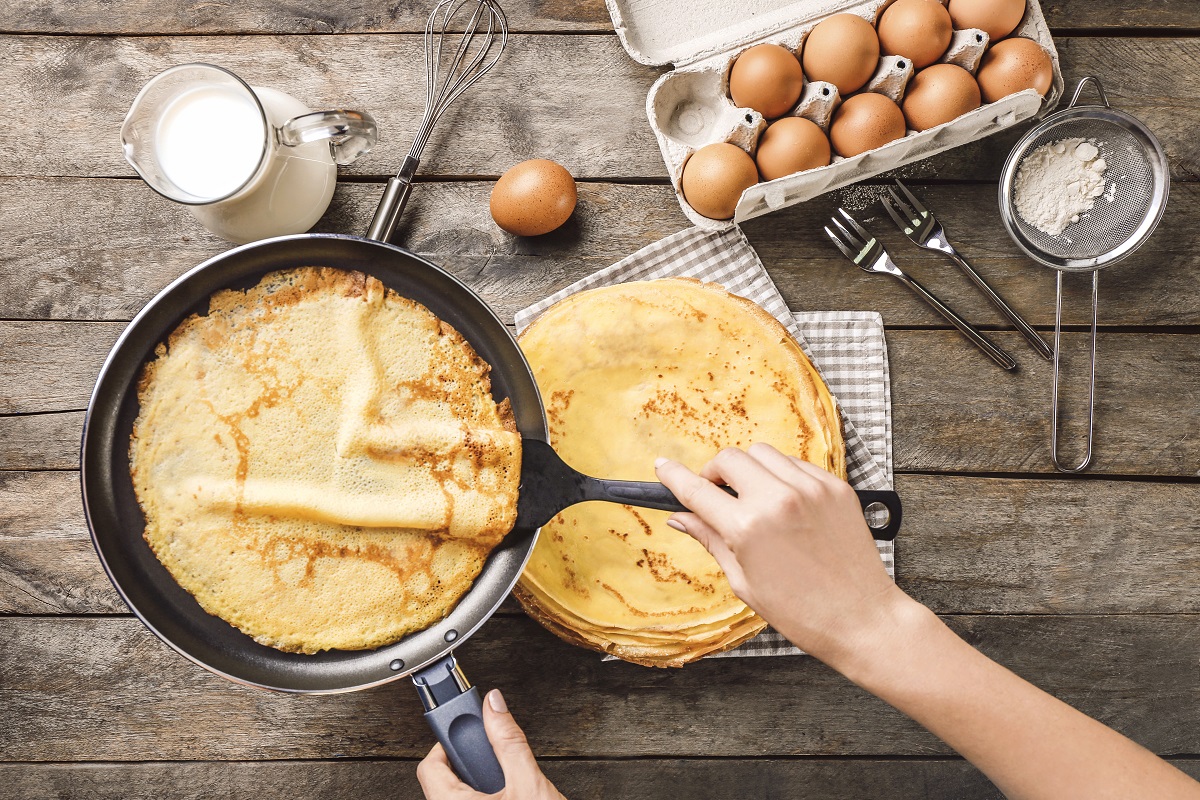